Wayfinder NYC empowers New Yorkers with live data and curated, narrative information to help them safely navigate the city with their kids and strollers

New York City has one of the largest, least accessible public transportation systems in the world. Only about a quarter of the 472 subways stations in the MTA system have elevators. New Yorkers overwhelmingly depend on the subway as a primary mode of transportation – only 54% of us have access to a car. The lack of accessibility is immense and disproportionately impacts the disabled, the elderly and caregivers of small children. There isn’t a simple, intuitive way to map a safe stroller-friendly route through the city. Elevator stations are rare and existing routing apps map accessible routes only to stations with elevators, taking riders on convoluted, indirect routes which take much longer and often require several transfers. Due to the lack of accessible stations most caregivers acknowledge that in spite of the relative risk, they often carry their kids and strollers up and down the stairs of the subway, rather than go out of their way to use an elevator. 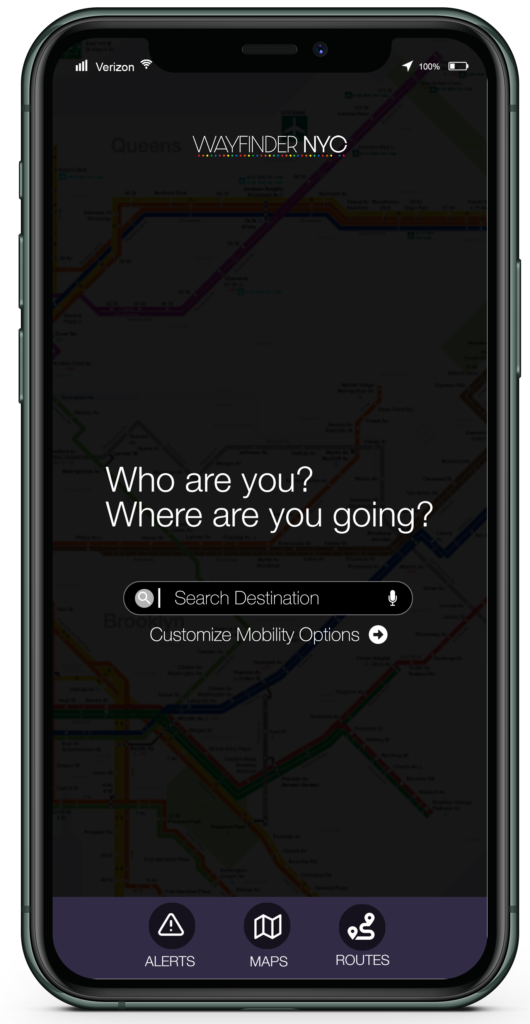 Wayfinder NYC is a mobility tool which considers the specific accessibility needs of several underserved groups, starting with New Yorkers who travel with small children and strollers.

Curated, natural language directions for pedestrians inside and outside of the subway system including disruptions to streets and sidewalks.